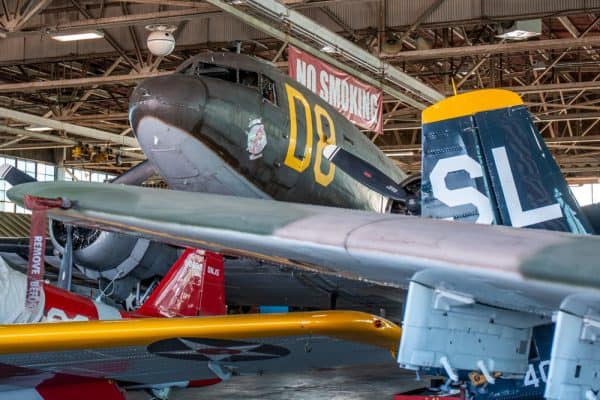 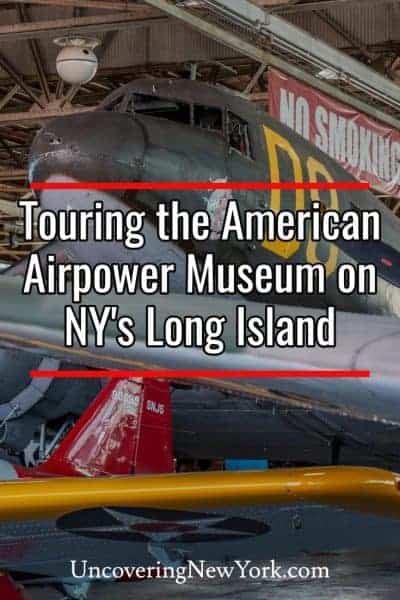 Long Island has a rich aviation history thanks to its geographic location. In fact, during World War 2, as many as 100,000 people were employed in the airline industry here.

Republic Aviation was one of the two major companies on Long Island producing airplanes for the war effort in the 1940s. At their factory and airfield in Farmingdale, New York, they produced more than 9,000 P-47 Thunderbolts for the military.

Today, one of Republic’s hangars is home to the American Airport Museum. The museum was established in 1998 to preserve this historic structure and showcase the history of American military aviation.

The American Airpower Museum focuses primarily on World War 2 and features more than a dozen historic aircraft, nearly all of which are in flying condition.

The museum consists primarily of one large hangar that is home to some incredible aircraft, as well as some smaller displays that highlight various topics related to the history of military aviation, again primarily from World War 2. There are also planes out on the tarmac that can be seen.

Once I had paid my admission and walked into the main hangar, I was instantly struck by how large the space was and how many beautiful airplanes there were sitting in it. To be honest, it was almost a bit overwhelming.

While the planes are static displays in the museum, many of them fly regularly during the warmer months of the year, and the museum even offers visitors the chance to go for a ride in some of these historic planes.

One thing I really enjoyed about the American Airpower Museum on Long Island was the ability to get a closer look at a few of the airplanes. Next to some of them, there are staircases that allow visitors to climb up and get a look into the cockpit.

It was also possible to actually step aboard a C-47, see inside the back of the plane, and even sit in the cockpit. This is one of the only C-47s remaining that is set up in a paratrooper configuration, and this was one of the planes that dropped paratroopers into France on D-Day in 1944.

At each airplane in the hangar, there is great signage that offers a bit of information about the model of aircraft, and in some cases, the history of that particular plane.

Aside from the planes you could get a close look at, probably my favorite airplane in the museum was the Curtiss P-40 Warhawk, which was made in Buffalo, New York. This plane has an incredible look to it and is a beautiful example of a World War 2 fighter plane.

In addition to the museum’s airplane collection, there are also many displays and artifacts scattered throughout the museum. These range from small models to large airplane simulators.

One of the most interesting to me highlighted the plight of American airmen than ended up as POWs during World War 2. The display area featured information on what life was like as a prisoner of war and how they were treated. I definitely could have spent a long time listening to the video of soldiers sharing the stories of their time as POWs.

I also enjoyed how the museum did a great job highlighting the impact of both women and African Americans during World War 2. In different areas of the museum, displays were set up to talk about how women helped both in building and flying the planes, as well as about the Tuskegee Airmen and their impact on the fighting.

Overall, I really had a fantastic time visiting the American War Power Museum in Farmingdale, New York. The collection of aircraft on display is quite phenomenal, and the signage and additional display areas are very well done.

If you enjoy antique airplanes or learning about military history, this museum is a fantastic spot to visit in Suffolk County, New York.

Looking for more places to visit in the region? Check out the Hicksville Gregory Museum and the National Museum of the American Indian. 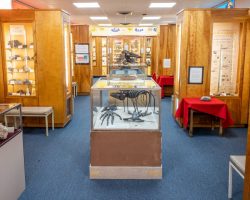 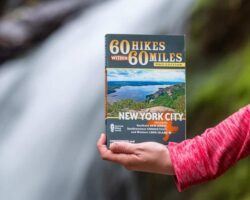 Find more things to do on Long Island! 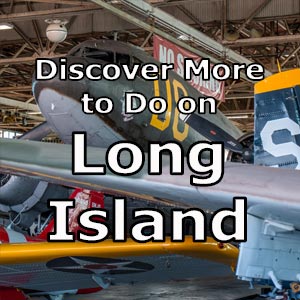