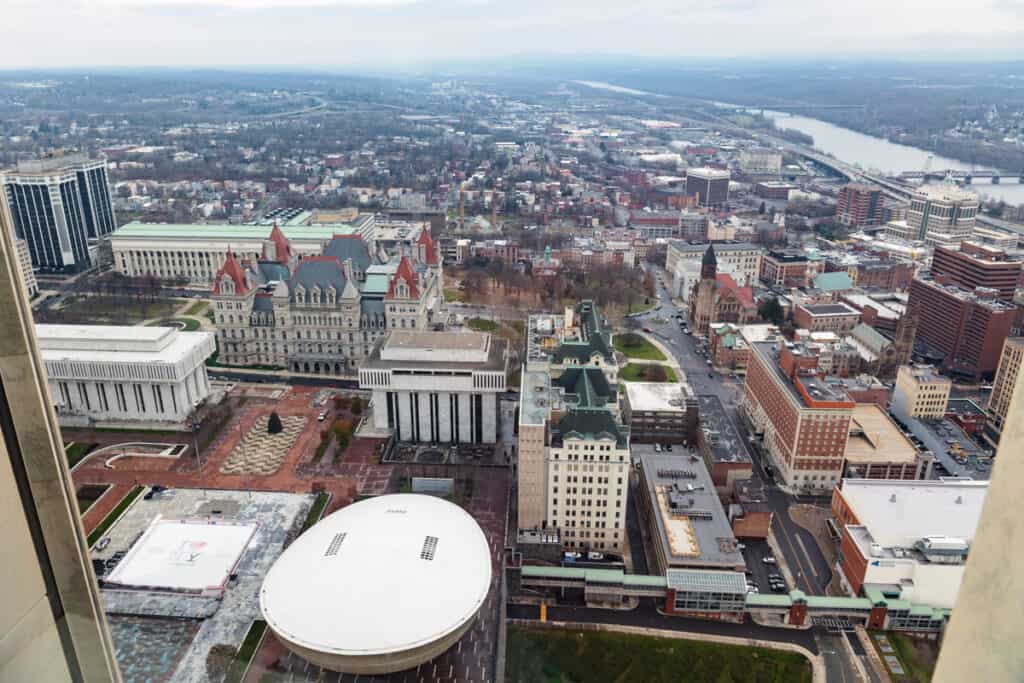 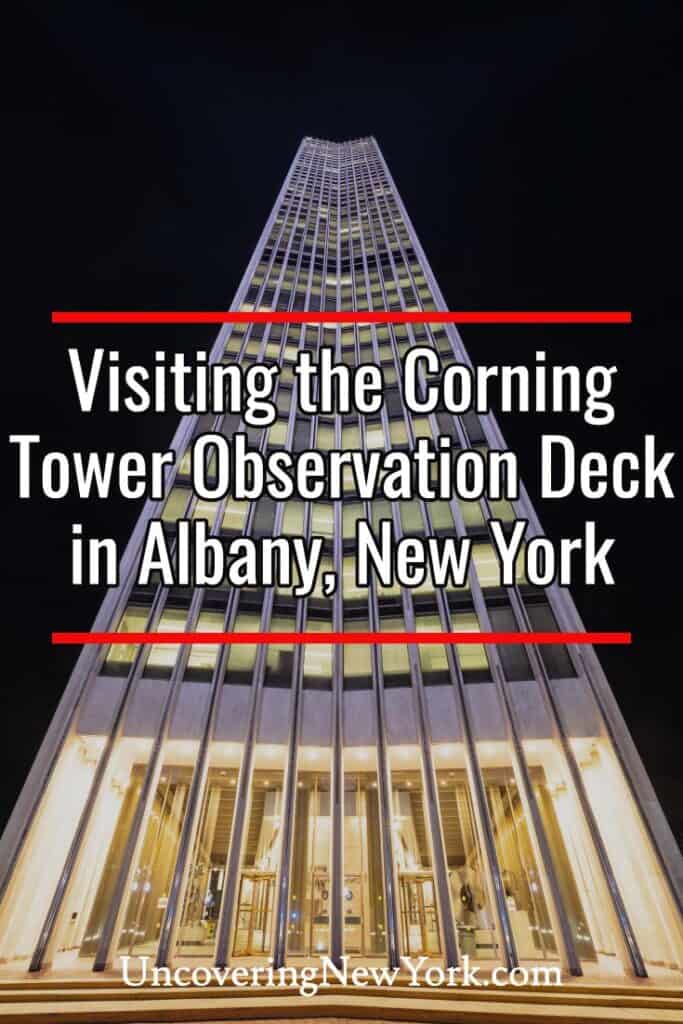 Located high atop downtown Albany, you’ll find one of the best free observation decks in all of New York: the Corning Tower Observation Deck

The Corning Tower Observation Deck is located on the 42nd floor of the Erastus Corning Tower in Albany’s Empire State Plaza. At 589 feet in height, this building is the tallest building in New York outside of New York City. That makes this one of the highest public observation decks anywhere in the northeastern United States.

The Corning Tower was completed in 1973 and was originally known simply as The Tower. It was renamed after longtime Albany mayor Erastus Corning 2nd in 1983, just a few months before his death, and is currently home to the New York State Department of Health and Office of General Services.

Here’s everything you need to know to visit this great view of Albany.

Getting to the Corning Tower Observation Deck

The Corning Tower Observation Deck is located near the top of this 44-story building, which is located on the southeastern end of the Empire State Plaza near the New York State Museum (another great free attraction).

There is a large parking garage directly below the plaza, where you can park and access the observation deck without even going outside (a $10 flat fee on weekdays at the time of publication). There are also several other surface lots nearby, as well as limited street parking.

There is a single dedicated elevator that takes visitors up to the deck. This elevator is well-marked and is located on the ground-floor level of the building. If you enter from the concourse level (below ground), you’ll need to take an escalator or elevator up one floor.

The elevator here runs automatically from the lobby to the observation deck reaching a top speed of 16 miles per hour. Given it takes only a few seconds to reach nearly 500 feet above the plaza, be prepared for your ears to pop. I also found the elevator a little shaky, but I have no doubt that is perfectly safe.

The observation deck takes up most, if not all, of the 42nd floor of the Erastus Corning Tower providing fantastic views in three directions. Sadly, views looking directly out to the northwest are blocked by the structure of the building, and there are no windows in this direction. This makes the views of Empire State Plaza a bit limited.

Otherwise, the view here is all-encompassing and phenomenal. The remainder of the floor features nearly floor-to-ceiling windows and jaw-dropping views of the surrounding area.

I visited on a hazy day in early December, but I can only imagine what these views look like on a clear day. It is said that you can see the Adirondacks, Catskills, and Berkshires (in Massachusetts) from this observation deck.

Closer to the building, there are great views of the New York State Capitol, downtown Albany, the Hudson River, and, across the river, the city of Rensselaer.

Spaced throughout the observation deck, you’ll find signs that show you what buildings and other landmarks you can see from each window, which really helps to make the visit a lot more interesting. There are also coin-operated viewfinders for those wanting to get a closer look.

Other than a few information signs and the large viewfinders, there isn’t much at the observation tower. It’s mostly an empty space, though a few benches and at least one water fountain can be found on this floor.

This makes sense, though, as the true highlight here is the incredible view. In fact, the view is so great that I went around more than once during my visit to be able to take it all in.

The only real negative for the free observation deck at Corning Tower is that it is open fairly limited hours: 10 am to 4 pm, Monday-Friday (except for New York State holidays). This means that it’s closed during peak visitation hours on the weekend, as well as being closed for all sunsets.

However, given that it is totally free to visit, it’s understandable that they wouldn’t want to keep the building open for additional hours just for this space.

At the end of the day, the Corning Tower Observation Deck is absolutely somewhere that you should check out if you find yourself in Albany County on a weekday. Not only is it free, but the views here are absolutely stunning.

Looking for even more spots to visit nearby? Check out Cohoes Falls, the grave of President Chester Arthur, and Thacher State Park. And, if you find yourself in western New York, check out the free observation deck atop Buffalo City Hall. 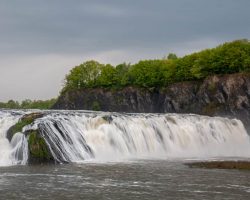 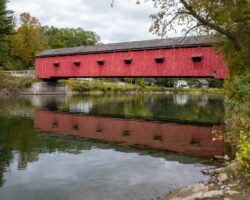 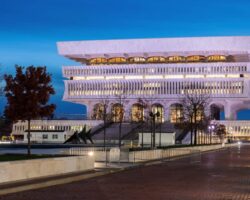