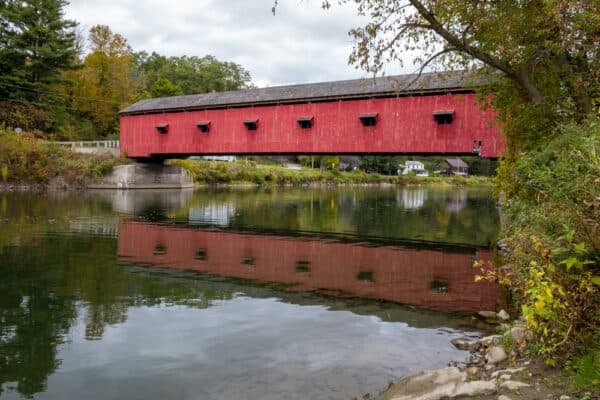 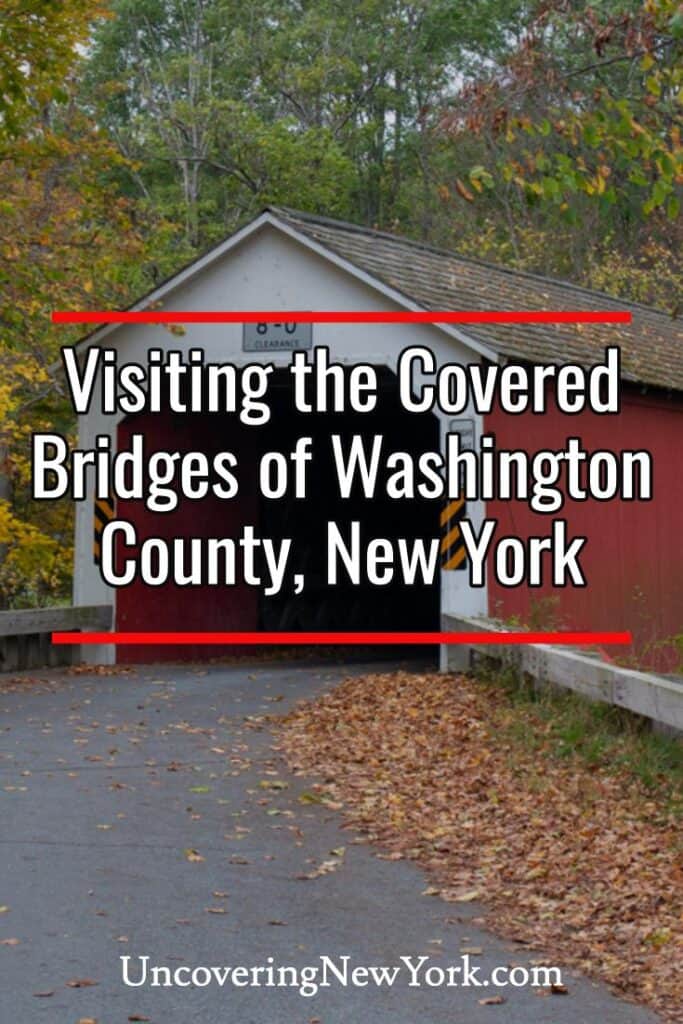 Washington County, which is located northeast of Albany in New York’s Capital Region, is home to four historic covered bridges, more than just about any other county in the state.

As a fan of these historic structures, I decided to take a little road trip to see all of the covered bridges in Washington County, New York. Not only did this let me see these incredible pieces of history, but it also allowed me to travel some of the quiet backroads through this part of the state.

All four bridges are listed below going from the southernmost to the northernmost. This makes it easy to see them all in the order listed below (or in the opposite order). And, while it may take you a while to get to and from the bridges, there is only about 30 minutes of driving required to see them all from start to finish.

So, read a little about the history of the four historic covered bridges in Washington County, NY and then make plans to see them for yourself.

Buskirks Covered Bridge was constructed in 1850 and might be the oldest surviving Howe truss bridge in New York. The bridge is said to have been built to replace an older Burr arch truss bridge.

This covered bridge is strikingly beautiful and spans the Hoosic River near Hoosick, New York (Not sure why there’s a spelling difference between the town and the river name). It is 159 feet long and features several windows in the bridge to allow light in when crossing.

There is a large parking area on the southern end of the bridge that serves as a fishing access site. That means that not only is there a lot of parking here, but it’s also a great spot to go fishing or just to sit back and enjoy the bridge.

Eagleville Covered Bridge is located less than 2.5 miles from the Vermont border and a short distance from Cambridge, New York.

This bridge was built in 1858 and utilizes a Town truss. As with most other covered bridges, it has been rehabilitated over time and remains in excellent condition.

If you are visiting the bridge, it’s worth noting that you are only a 10-minute drive from Arlington Covered Bridge and one of Norman Rockwell’s homes, both in Vermont.

Getting There: Eagleville Covered Bridge is the easternmost covered bridge in New York and can be found at the following coordinates: 43.083255, -73.313776.

There is room to pull off of the road near the bridge.

Of the four covered bridges in Washington County, New York, Shushan Covered Bridge is probably the most unique. This is because it is the only one of the four that is not painted red and because the interior of the bridge houses a small museum.

This bridge sits in the small community of Shushan and crosses 161 feet over the Batten Kill River, downstream of Eagleville Covered Bridge. Cars are no longer allowed to cross the covered bridge, though the metal bridge adjacent to it is quite unique in its own right.

Shushan Covered Bridge was constructed in 1858 and uses a Town truss. After being closed to traffic in 1962, it was restored and opened as a free museum of farm equipment and other antique machinery.

Unfortunately, the museum was closed on the day of my visit, but I definitely hope to visit again to check it out at some point.

There is very limited space along the road to pull off to have a look at the bridge. However, I believe that you are allowed to park at the entrance to the bridge at the end of a short dirt road, adjacent to the historic one-room schoolhouse.

Rexleigh Covered Bridge is the northernmost of the four covered bridges in Washington County and is also the furthest downstream of the three covered bridges over the Batten Kill River.

It is 107 feet in length and utilizes a Howe truss. It is in very good shape and cars are allowed to drive through it.

This bridge sits in a beautiful area, surrounded by trees and farmland. There are some ruins of a marble factory nearby, but they appear to be off-limits. Fortunately, you can see them a bit from the area around the bridge.

On the southwestern side of the bridge, there is a small park with picnic tables and room for a few cars. This is a great spot to sit and relax while enjoying the bridge. 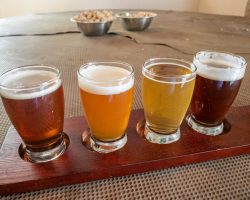 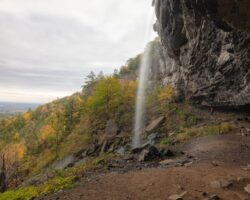 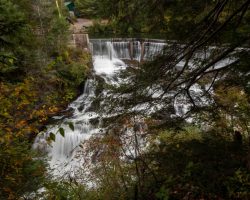 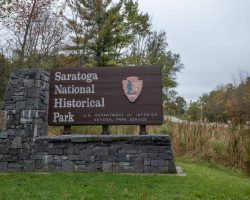