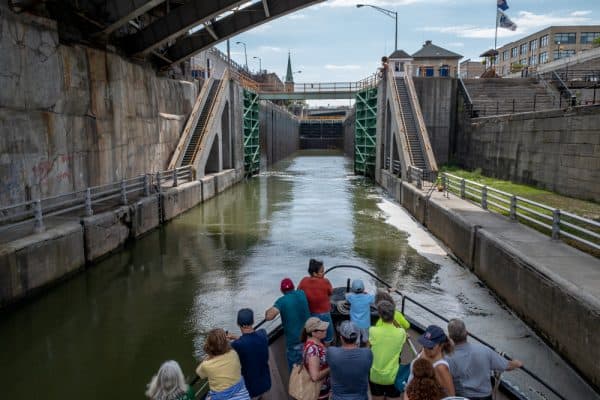 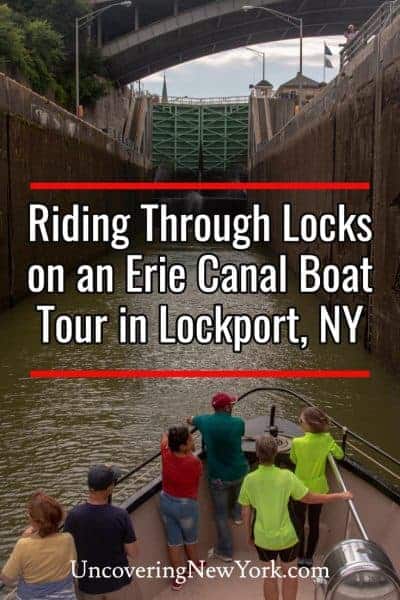 The Erie Canal cuts its way across New York from the Hudson River to Lake Erie, and there are many fascinating places to visit along it, including the Erie Canal Museum in Syracuse. However, none quite encapsulate the combination being both educational and relaxing as much as the Lockport Locks and Erie Canal Cruises in Niagara County.

Located approximately 40 minutes from both Niagara Falls and downtown Buffalo (home to the excellent Buffalo River boat tours). Lockport, New York is a community that was built around the Erie Canal and the community’s famous Flight of Five Locks that raised boats over the 49-foot Niagara Escarpment in five steps.

While the historic locks are closed to boat traffic, two modern locks still raise and lower boats up this hillside in the heart of downtown Lockport.

Wanting to experience riding through this historic double lock, my family and I were invited aboard the Lockport Locks and Erie Canal Cruises for their two-hour tour along the Erie Canal.

The tour leaves from their visitor center and boat dock just downstream on the Erie Canal from the locks. There are three different boats in their fleet, and I assume that the boat picked for each day depends on the expected size of the crowds.

While the smallest boat only features one deck and would seem to have somewhat limited views and ability to move around, the two largest boats offer both a covered lower deck and an upper deck. All three boats also have restrooms and a small snack bar serving a somewhat limited selection of drinks and snacks.

Since the boat dock is near the locks, it’s only a few short minutes from the start of the tour before the boat reaches the locks.

I had never been inside of a working lock before, so it was a really neat experience watching the boat get lifted 25 feet up through the power of water. All told, it takes 3 million gallons of water to raise the boat through each of the two locks.

After ascending the two levels of the Lockport Locks, the cruise continued west along the Erie Canal. As I learned at the nearby Erie Canal Discovery Center, this portion of the canal was blasted out of solid rock to keep it level for the rest of the trip to Lake Erie.

Of course, the Lockport Locks and Erie Canal Cruises trip doesn’t go all the way to the lake. Instead, it travels around 1.5 miles west of the locks, turning around near the Route 93 bridge.

As you travel along the canal, the boat’s driver offers narration about the history of the canal, the community of Lockport, and how locks work. I found the narration to be really well done and quite educational. In fact, there were a few times that questions popped into my head that were soon answered by the narrator.

When the guide wasn’t talking, the boat’s loudspeakers played authentic canal music, much of which was written by people riding on the canal or about the Erie Canal. These songs really added a lot to the experience, and I’m glad they opted to play this type of music instead of more modern selections.

The cruise sails back into Lockport, and, of course, must once again ride through the locks. Probably my favorite part of the entire cruise was pulling up to the top lock as it was full of water. From here, you can see the main channel of the Erie Canal far below. It’s almost a bit intimidating seeing how high above the water you are currently sitting.

Once back at the bottom of the locks, you might think your cruise is over. However, the ship doesn’t return directly to the dock. Instead, it continues further east on the Erie Canal.

This section of the canal is interesting for a few reasons.

The first is because the boat passes underneath several small bridges. However, these bridges are unique in that the entire surface of the bridge raises and lowers to allow passing boats through. Definitely something that you don’t see every day.

I also enjoyed this part of the cruise because the narrator offered some really interesting information on both the buildings along the canal as well as how the canal is used today. Did you know that you can still take a boat from Lake Erie all the way to the Hudson River in Albany?

The tour boat travels a mile east on the Erie Canal before turning around again for the trip back to the dock. All told, the ride takes roughly two hours, though the length of the tour can vary a bit depending on if there is any other traffic on the locks.

Overall, I thought the Lockport Locks and Erie Canal Cruises trip was a ton of fun. I not only learned a lot about the Erie Canal, but it also gave me the chance to experience how a lock works, which I thought was really neat.

If you are looking for something fun and unique to while visiting the Great Niagara region, I’d definitely recommend taking a ride out to Lockport to experience this great boat tour.

Also worth noting is that you can walk up to and explore the locks themselves in downtown Lockport. It was a really fun experience to not only see the giant locks up-close from the shore but also to look out over the historic Flight of Five locks that helped the Erie Canal conquer New York State.

Note: My ride on the Lockport Locks and Erie Canal Cruise was hosted by the site. However, the opinions expressed are my own.

Looking for more to do in the area? Check out the Old Fort Niagara, Glen Falls, Medina Falls, the Jell-O Museum, and Holley Canal Falls. 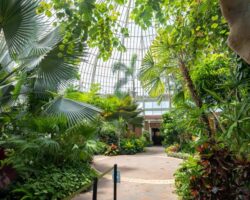 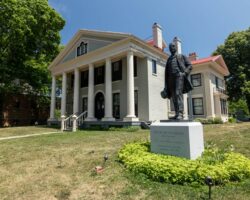 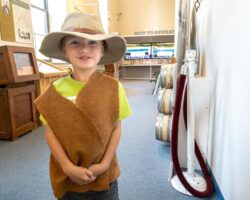 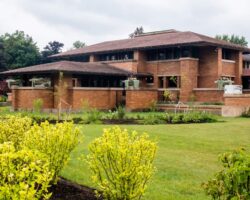