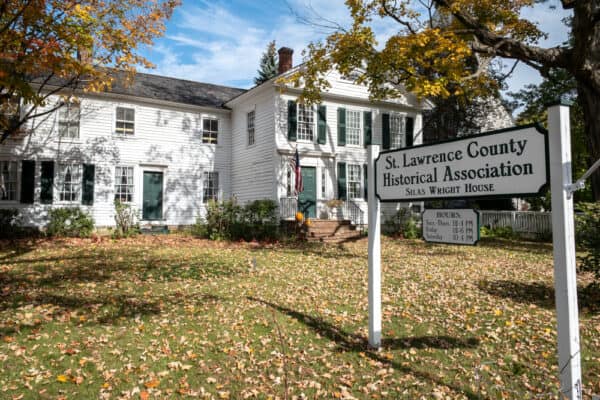 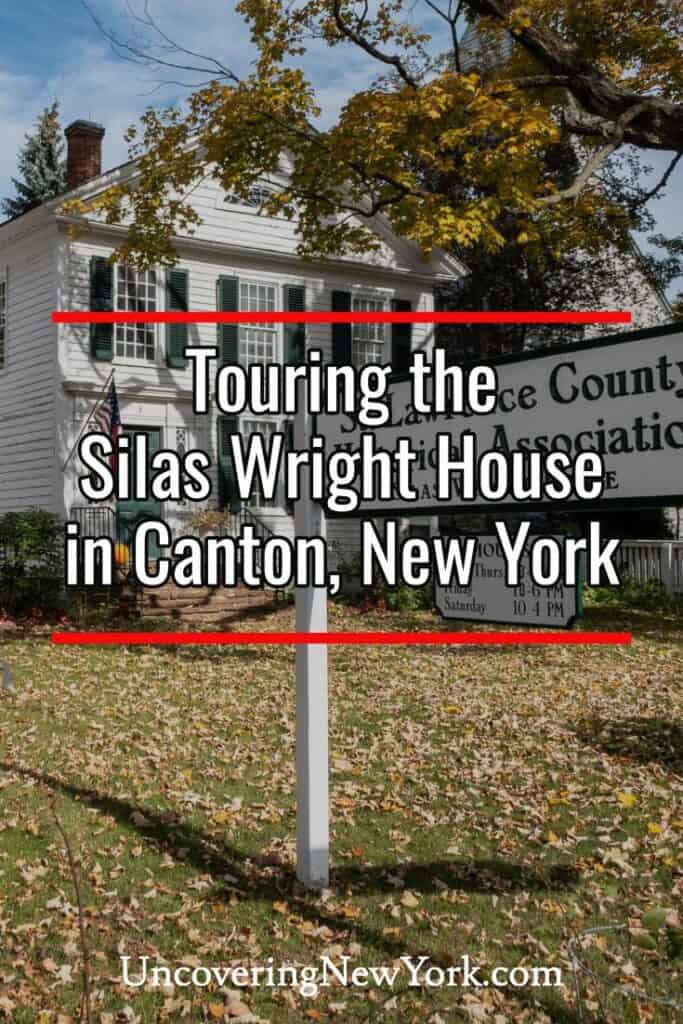 Built in the 1830s, this home was, unsurprisingly, the residence of Silas Wright, a former governor of New York, as well as a senator and representative from the state. Today, the house is the home of the St. Lawrence County Historical Association.

Despite having no connection to the area, I always enjoy visiting local historical society museums when traveling to learn more about the communities that I’m visiting. That was no exception with my visit to the museum at the Silas Wright House.

The Silas Wright House is divided into two parts for visitors that are spread between the historic home and a modern addition connected to the back of the historic part of the building.

The first is a research library. Like most historical societies, the St. Lawrence County Historical Association has detailed records dating back hundreds of years that offers great insight into the history of the region and the people that lived there. If you are doing genealogical research on St. Lawrence County, this is where you’ll want to head.

For those, like me, that are just visiting to learn a bit more about St. Lawrence County in general, there is a large museum that fills much of the home and can be broken into two different topics: the story of the county and the story of Silas Wright.

While Wright might not be a household name today, he was a prominent figure in mid-19th century politics. In fact, he was nominated for the vice-presidency under James K. Polk (which he declined) and was even likely to have been a major contender for the presidency in 1848 if not for his untimely death in this home in 1847.

Throughout the home, several of the rooms are set up as they might have looked during Wright’s time here. There are even several pieces of furniture that were owned by the Wright family. These pieces provide not only an interesting look into Wright’s life but also into what life was like for the wealthy in northern New York during the mid-19th century,

In the parlor of the home, there is a large portrait of Wright and you can also see his top hat on display in the museum.

In addition to information about Silas Wright, the museum also tells the story of those that have lived and worked in St. Lawrence County over the centuries. This includes information about common industries, the military history of the region, and artistic pieces made in the area, among other subjects.

One of my favorite areas highlighted the work of boatbuilder J Henry Rushton. He is well known in the region for the canoes that he designed and there is even one of his works on display in the museum. (If you want to learn more about boat building in the region, the nearby Antique Boat Museum is a great stop).

There is also an interesting display on the industries that once dominated the county. I was surprised to learn how much mining occurred in this beautiful corner of northern New York. The mining in this area ranged from common minerals like iron to less frequently discussed ones like talc, feldspar, and pyrite. Definitely an interesting aspect of the area’s history.

Overall, I really had a great time exploring the Silas Wright House and the St. Lawrence County Historical Association. Even having no connection to the county, it was neat to learn a bit more about the area’s history, as well as the story of Silas Wright.

If you are exploring the Thousand Islands region of New York and love history or are simply looking for something to do indoors, this is definitely an interesting spot to check out. Even better, it’s totally free to visit!

Looking for even more places to visit in the area? Check out the Frederic Remington Art Museum, the Hawkins Point Visitors Center, Hart’s Falls, and Lampson Falls. 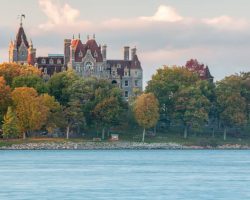 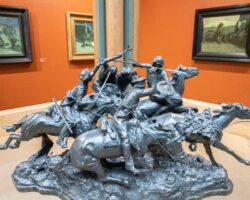