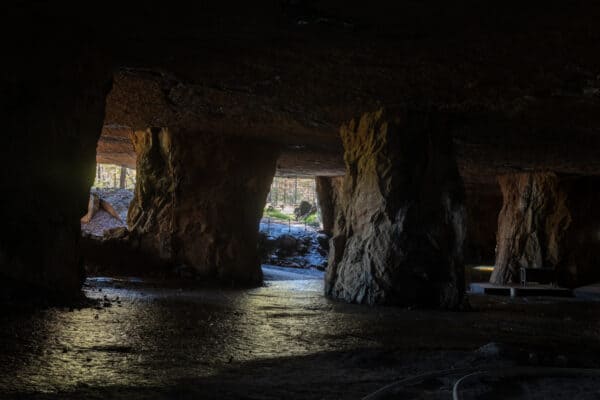 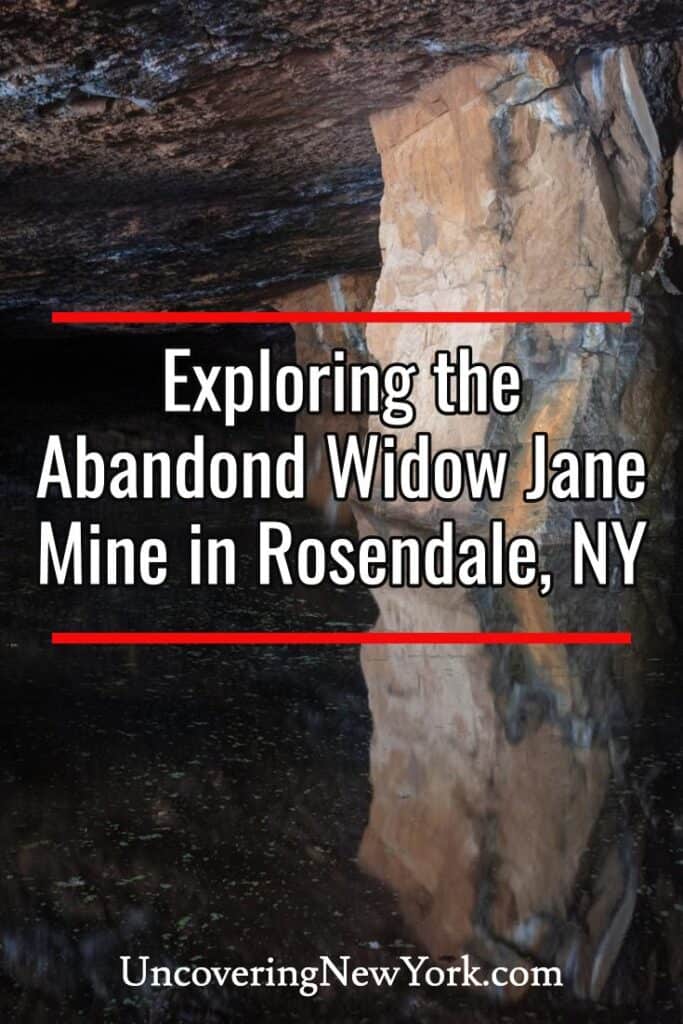 I’m always on the lookout for strange and unique spots to visit in my travels around New York, so when I heard about the Widow Jane Mine, it quickly moved to the top of the list of spots I needed to check out.

The Widow Jane Mine is located in Rosendale in Ulster County, New York. While calling it abandoned is technically incorrect, it has been more than 50 years since this was an active mine. Today, it is used primarily as a concert space, and visitors are allowed to take a self-guided tour of it during the warmer months of the year.

The Widow Jane Mine opened in the early 1800s. The Rosendale area was known for its exceptionally high quality of limestone, which is the primary ingredient in cement. The rock that was mined in the Widow Jane mine made its way into iconic structures such as the Washington Monument, the Brooklyn Bridge, and the base of the Statue of Liberty.

The Widow Jane Mine was one of 16 mines in the area that produced cement, making this the major industry in this corner of the Catskills.

Interestingly, one of the other mines in the region was deemed so strong that it is considered bombproof and is now the primary storage vault for Iron Mountain, which stores many of the world’s most well-known documents (like the Magna Carta and the master recordings from Sony Records).

Given the incredible amount of history in this area, I was excited to check out the Widow Jane Mine on a beautiful October afternoon.

The mine is located on the property of the Century House Historical Society, which manages both the mine and the Snyder estate and museum on which the mine sits. Unfortunately, the museum was closed during my visit, though this does give me a good excuse to visit again in the future.

Parking for the Widow Jane Mine is located in a small lot adjacent to the museum which can be found at the following address: 668 NY-213, Rosendale, NY 12472. Note that if you are approaching from the west, the turn into the museum is on a curve and is easy to miss.

The mine is open from 10 am to 6 pm, 7 days a week (10-4 during early spring and late fall). It does close in the colder months when there is ice inside the mine. The exact opening and closing dates each year are subject to the weather.

While there is no specific admission cost, they do ask for a donation, so make sure to drop a bit of money in the box near the parking area.

From this parking area, follow the obvious path for the short walk back to the mine’s entrance. This trail is quite flat and should it should be easy for most visitors to at least the outside of the mine. Note that the path starts out paved but is not paved the entire way back to the mine.

The mine itself is tucked back into a hillside in a forested area of the property. While there are several large openings in the rock face that would have once allowed entrance into the mine, there is only one area that is not currently underwater.

Walking into the mine through the one dry entrance is a truly awe-inspiring moment. The central room in the Widow Jane Mine is absolutely massive, stretching further than you can see, with ceilings upwards of 25 feet above the floor.

While there is a lot of light at the entrance, this very quickly disappears, and if you plan to go more than a couple of feet into the mine, make sure you bring a good flashlight with you (Your cell phone flashlight isn’t strong enough).

The area of the Widow Jane Mine that you can explore is just a single very large room. About a third of this space is dry land while the other 2/3 is filled with water of an unknown depth. Any entrances deeper into the mine are currently underwater.

The space that you can explore is mostly empty, though there is a semi-permanent stage set up in one area and some protected wires and hoses running through the area, so make sure to watch where you are walking.

Probably my favorite part of exploring this Rosendale, NY mine was the massive columns that dotted the space. At one time, this entire room was solid stone. All of it was mined out, either to be made into cement or to clear the way to reach the limestone seams. These columns were left to support the earth above.

I also really enjoyed looking out over the still water that was sitting in the mine. As a photographer, the reflections that the water created were mesmerizing, and I spent a lot of my time taking pictures of this really cool effect.

All that being said, there are no specific highlights of the interior of the Widow Jane Mine, so don’t come expecting passages to explore and the like. This is simply a neat spot to come and check out a historic mine and get a small glimpse into what it was like inside of this space.

Once you’ve finished exploring the interior of the Widow Jane Mine, make your way back out the way you came and follow the trail back to your car.

Overall, despite a lack of specific highlights, the Widow Jane Mine is a very, very cool spot to explore. It’s rare that such a unique spot is open to the public and allows for self-guided exploration. That makes this a fantastic destination if you find yourself in nearby spots like Minnewaska State Park Preserve, New Paltz, Poughkeepsie, or Kingston.

If you do decide to visit, you’ll definitely want to bring a strong flashlight and a few dollars to drop in the donation box. I also highly recommend shoes with good traction as the floors here are a bit slippery in spots. A light jacket might also be a good idea if you get cold easily.

And, of course, if you find yourself there when the museum is open, definitely check that out, too.

Looking for even more places to visit nearby? Check out Awosting Falls, Clemson Bros. Brewing, and the Walkway Over the Hudson. 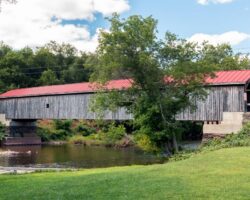 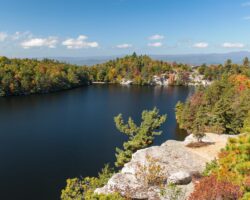 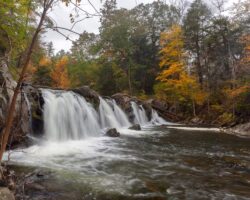 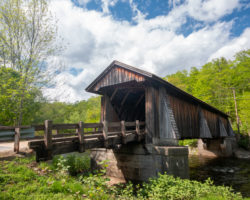