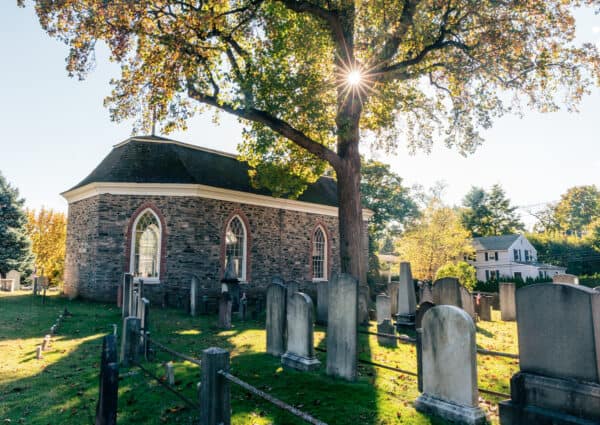 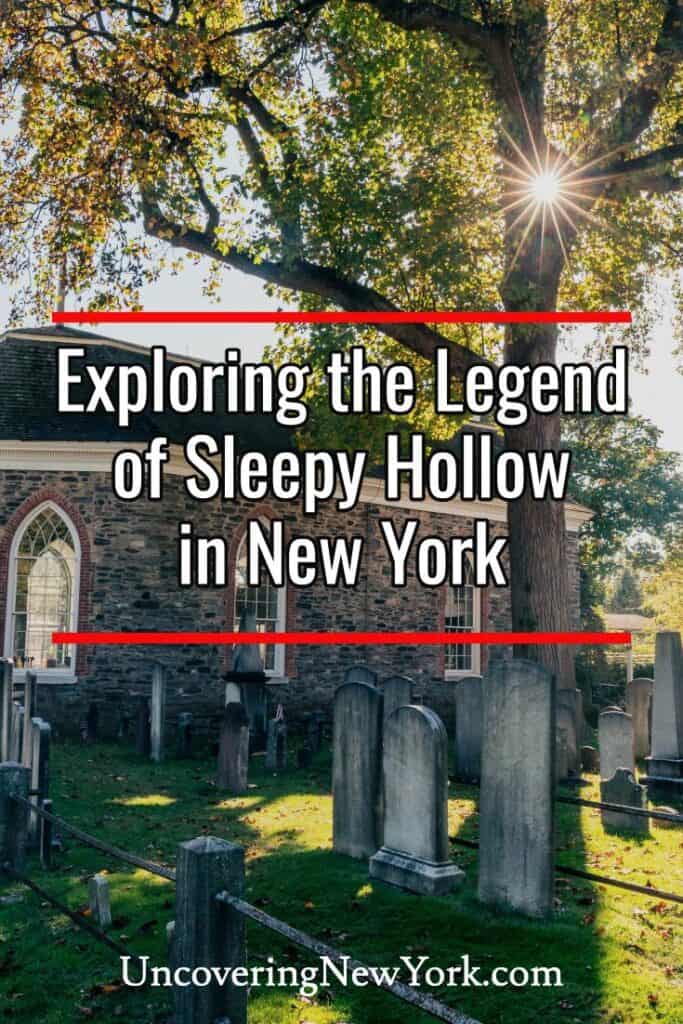 There might be no better-known Halloween story than the “Legend of Sleep Hollow” by Washington Irving.

First published in 1819, the story of Ichabod Crane and the Headless Horseman was set in Sleepy Hollow in the Hudson Valley. While the story is fiction, some of the places mentioned by Irving still exist today. In fact, the story is so popular that the community of North Tarrytown officially changed its name to Sleepy Hollow in 1996 to embrace its place in the story.

Wanting to see these historic locations, I decided to visit this charming village in Westchester County on a beautiful day in early October, which is a great time to explore this part of the state (especially when you combine your visit with a nighttime trip to the Great Jack O’Lantern Blaze nearby).

Many of the important plot points of the story take place near the Old Dutch Church and its graveyard, which both still exist today. They are located adjacent to, but not technically a part of, Sleepy Hollow Cemetery, though you probably won’t realize this distinction while visiting.

The Old Dutch Church was built in the 1690s and is the oldest existent church in New York (though some sources say it’s the second oldest without citing an older one). It is located directly along the historic Albany Post Road, which was the first road constructed between New York City and Albany.

While this church has been renovated many times over the years, its appearance today isn’t much different than it would have been in the early 1800s, aside from the much busier road that now runs in front of it.

The interior of the church is typically open on weekends in the month of October, as well as on occasion throughout the year. Unfortunately, it wasn’t open during my visit, but it’s easy enough to peer into the windows to get a view of its beautiful interior.

The exterior of the church and its 2.5-acre graveyard are incredibly well-kept and strikingly beautiful. It seems like a step back in time wandering this area and looking at the many graves here, most of which are hundreds of years old. This definitely seems like a fitting setting for a ghostly horseman to be found.

One grave of note, which is located near the front of the church is that of Catriena Ecker Van Tessel, who is said to have been the woman on whom Irving loosely based the character of Katrina.

A short walk from the church and within the Sleepy Hollow Cemetery, you’ll find the grave of Washington Irving.

This grave is simply a small marker within his family’s plot, which you can only view from a few feet away. While it seems a bit underwhelming for an author that is still so well known over 150 years after his death, it’s still a worthwhile spot to visit.

Look for signs pointing the way to his gravesite from near the parking area adjacent to the Old Dutch Church.

Another spot of interest to fans of “The Legend of Sleepy Hollow” is the Albany Post Road bridge over the Pocantico River. It was said that the Headless Horseman couldn’t cross this bridge, and it is here that the climax of the story takes place.

Unfortunately, the historic wood bridge described in the story is long gone. Instead, on this spot, you’ll find a four-lane concrete bridge that carries the busy Route 9 over the waterway.

While this bridge has some architectural interest, it’s a shame that they haven’t built a replica of the bridge nearby, as that would really add a lot to the area. Still, there is a marker on the bridge noting that it is dedicated in the memory of Washington Irving, which is a nice touch.

From the bridge, you might notice the historic Philipsburg Manor in the distance. The mill pond here was mentioned in “The Legend of Sleepy Hollow” when Irving wrote that Crane could be found “sauntering, with a whole bevy of them, along the banks of the adjacent mill-pond”.

Philipsburg Manor is open for tours throughout the year and is also the start of tours for the nearby Vanderbilt Mansion, Kykuit.

Just on the opposite side of the bridge from the Old Dutch Church, you’ll find a rather interesting-looking metal statue of the Headless Horseman as he chases Ichabod Crane. It’s definitely worth the short walk to this spot to check it out before leaving the area.

Overall, visiting these historic spots mentioned within “The Legend of Sleepy Hollow” is a really neat way to spend a bit of time. Even if you aren’t overly familiar with the story, the Old Dutch Reformed Church and its graveyard are incredibly beautiful and historic spots that are worth seeing on their own merit.

The Old Dutch Reform Church can be found at the following address: 430 Broadway in Sleepy Hollow, New York. Park in the small lot in the adjacent Sleepy Hollow Cemetery. Both the parking lot and the cemetery are open daily from 8:30 am to 4:30 pm.

Looking for more places to visit nearby? Check out Buttermilk Falls Park, the West Point Foundry, and Stony Point Battlefield. 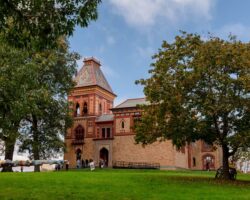 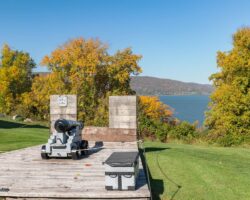 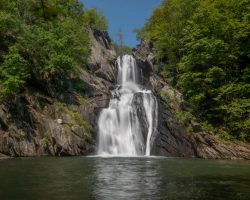