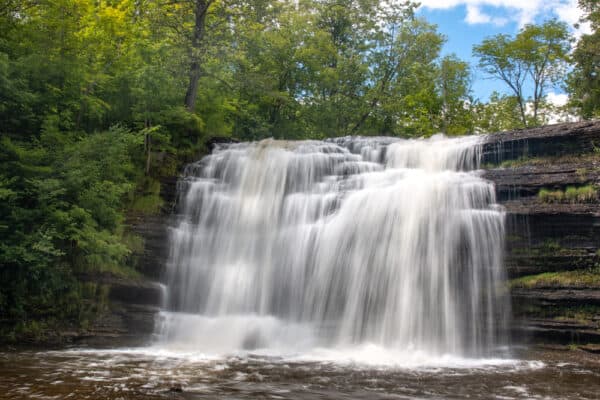 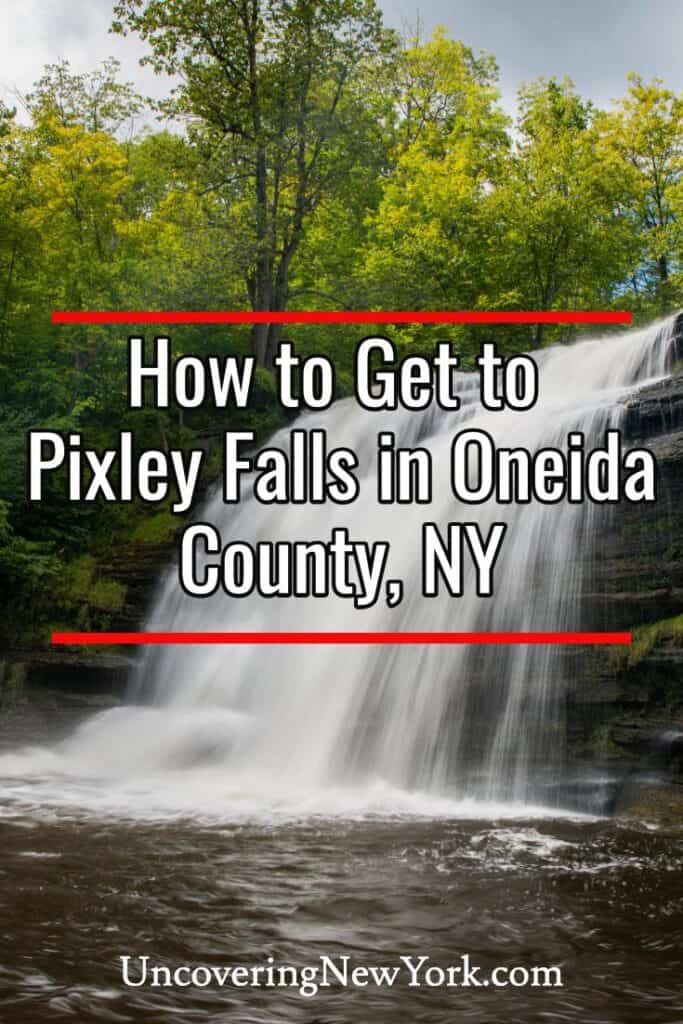 When I’m traveling New York, I always love finding waterfalls that I can quickly visit. One such waterfall in Pixley Falls.

Pixley Falls is the focal point of Pixley Falls State Park, a short distance south of Boonville in northern Oneida County, New York. It is roughly 18 miles northeast of Rome.

Other than the namesake waterfall, Pixley Falls State Park has very little infrastructure on its 325 acres. In fact, most of the land here has been left wild and the park is only home to a large parking area, a pavilion, and two trails.

One of these trails is the Boonville Black River Canal Trail, a roughly 8-mile rail trail. One mile of this trail is located within the park. Theoretically, you could ride your bike or even walk from Boonville to Pixley Falls State Park along this historic path.

The second trail in the park is the 0.7-mile Nature Trail. This is the trail on which you’ll find Pixley Falls. However, you don’t have to hike this entire loop if you don’t want to as Pixley Falls is right at the beginning of this loop.

Where to Park to See Pixley Falls

There are two parking areas at Pixley Falls State Park.

The first area that you come to when entering the park is partially paved and is in great condition. It can be found at the following coordinates: 43.40327, -75.343762.

The second parking area is back a bumpy gravel road from the main parking area. While this is the closest spot to the trailhead, I wouldn’t recommend parking back here unless you have a high-clearance vehicle.

Because of the conditions to the second parking area, I recommend you park in the first lot you come to after crossing the park’s main waterway, Lansing Kill.

How to Get to Pixley Falls

Pixley Falls is actually located very near the main parking area, but there is only a peekaboo view from the fence along the edge of the lot. However, if it’s flowing well, you should be able to hear it from here.

To reach the trailhead, keep following the road that you drove in on. Just as it gets to the halfway point of making a 180-degree turn at the end of the parking lot, you should see a dirt trail that heads into the woods.

This is essentially a short cut through the woods to the second parking area.

Once you emerge from the woods, turn right. You should soon see a couple of trails heading down the hill into the woods.

The second trail you see is the easier and less steep of the two trails and is, I believe the trail that is actually part of the Nature Trail. While it’s a bit steep in spots, it takes a bit of a winding path down the hill to the waterfall and is a fairly easy hike.

The first trail is much more direct but is also much steeper. It is likely that this is a user-created trail.

The benefit of this first trail, however, is that it allows you to see the small waterfalls along a feeder stream that drops into the main waterway just below Pixley Falls. The tallest waterfall on this stream is about 8 feet tall and can be quite pretty when it’s flowing well.

Regardless of which path you take, within about a tenth of a mile, you’ll be at the base of Pixley Falls.

Pixley Falls is a 50-foot waterfall, though without any scale in my photos, it can look a lot shorter than that. Nevertheless, when you are there in person, it’s quite impressive to look at.

Around the base of the waterfall, there is little to distract from the natural beauty of the area other than a small wooden staircase and a single picnic table.

The waterfall is located on Lansing Kill, a tributary of the Mohawk River. At this point in the river, it is typically quite shallow, making it easy to walk around the area near the waterfall. (Note that there is a rather deep plunge pool below the base of the waterfall, so don’t get too close.)

If you do venture onto the wet rocks, however, make sure to note that the rocks in the creek are quite slippery, so definitely use caution.

Once you’ve had your fill of Pixley Falls, you have two choices.

When I visited, I simply opted to follow the trail back uphill and return to my car.

If you wanted to, however, find the trail heading downstream and follow it. This is the Nature Trail in Pixley Falls State Park, and it will follow Lansing Kill downstream for a short distance before looping back up to the second parking area after about two-thirds of a mile.

While I haven’t hiked this trail, the comments I’ve heard about it make it sound quite beautiful and not overly difficult.

Regardless of how you hike back, however, Pixley Falls is an absolutely beautiful waterfall to visit and, as long as you can handle a short downhill trail, it’s very fast and easy to reach.

So, the next time you are looking for something to do in the northern reaches of Central New York or near the southeastern corner of the Adirondacks, definitely take some time to visit the incredible Pixley Falls in Pixley Falls State Park.

For more information and a park map, check out the website for Pixley Falls State Park. 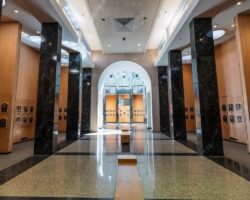